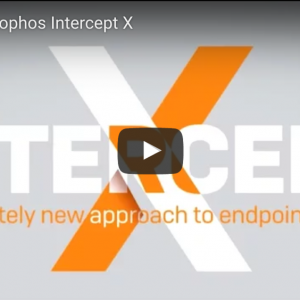 SOPHOS Intercept X – The new defence against exploits and ransomware

What does all that really mean?

According to Steve Weeks at Netcetera… “Sophos’s new InterceptX detects and stops ransomware in its tracks, returns your files to the way they were before the attack and removes any remnants of the malware from your systems. In our own experience, we have seen two clients hit with Ransomware after deploying InterceptX. In both cases, there was no interruption to business and no files lost. The users did not even know they had been hit with Ransomware”.

“We confirmed our own results with the experience of 18 of Sophos’s other top partners from the Sophos Partner Advisory Council. All had experiences similar results. Although no one can guarantee that this is the silver bullet we have all been looking for, based on what we have seen so far, we are recommending all of our clients implement Sophos InterceptX as soon as possible”.

If you are not running Sophos Antivirus that’s okay. Intercept will run alongside whatever antivirus solution you are currently using.

Intercept X protects your machines until you’ve had a chance to patch them.

Intercept X includes anti-ransomware that makes cleartext copies of files that are being encrypted. It blocks processes that are encrypting files if it determines they are acting like ransomware. The feature is called CryptoGuard.

Intercept X analyses the root cause of exploits and identifies which endpoints were affected by an attack then recommends actions to defend against future attacks.

An additional Intercept X feature, Sophos Clean, does a deep forensic clean finding and removing any dormant malware fragments that might cause later attacks.

If you would like more information about purchasing Intercept X or any other SOPHOS product, contact us.